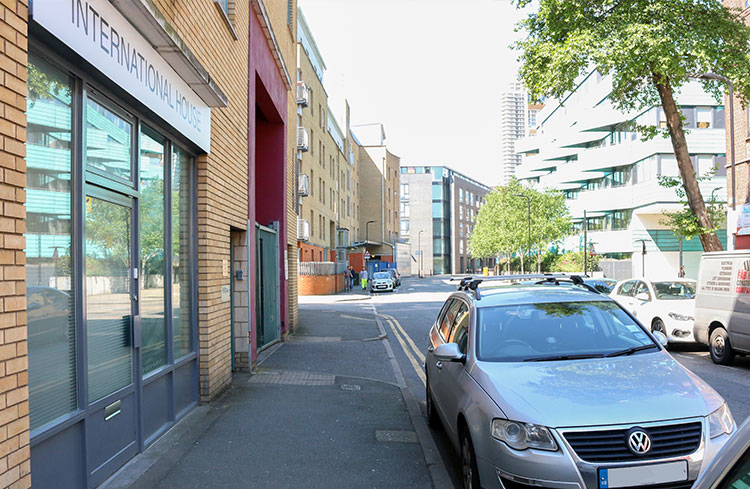 At the time of writing it has been announced by the UK government that there is a schedule for the ending of Coronavirus lockdown restrictions in Britain. By June 21st, 2021, it is planned for public life to essentially return to normal, providing certain conditions are met.

The conditions are: That the vaccine rollout continues as planned; that said vaccines are effective in decreasing the number of deaths and hospitalisations; that case numbers do not rise such as to overwhelm the NHS and that new virus variants do not reverse current progress.

The ordinary subjects of Her Majesty the Queen are currently forbidden to travel except for essential purposes. The only retail premises permitted to open are those deemed essential.

This has had the effect of making the high streets very quiet and the suburbs quieter still. In the background, this secular monasticism has been supported by dole money granted to those financially affected. Online shopping has correspondingly surged.

Given that it has been surprisingly easy for the restrictions to be put in place, with no revolt from the population, and that the virus may refuse to co-operate with the edicts of Her Majesty's government, it would be unwise to risk too much of one's wealth on restarting a bricks-and-mortar business on Midsummer's Eve.

However, there is now definitely hope.

We here in the UK are hearing that the vaccine rollout is working well. Many people are being given it and simultaneously the infection and mortality figures are coming down.

Online operations remain unaffected, with Royal Mail experiencing an unusual increase in traffic over the Christmas period. More parcels are being delivered overall and more delivery agents are zooming down the roadways of Britain.

What therefore would life returning to near-normal in the UK mean for the small businessman?

We may speculate the following:

1. That the population will resume normal high-street shopping and recreational outings, initially in a surge and then declining to below previous norms.

The reason for the latter supposition is that some people will have changed their habits due to enforced solitude. For example, if you have taken to buying online and found it easier and quicker, then you are less likely to go to the shops after the lockdown ends and thus there will be less high-street trade.

Others may have embraced a more spartan existence while in lockdown. Yet others may realise that they have saved quite a bit of money by 'not going out' and may decide to retain that practice, to a degree, after they have been released.

This therefore will maintain revenues for online businesses and see a long-term decline in high-street shopping as a leisure activity. Restaurants and bars will see an initial boom, as these combine bodily pleasures, with socialising, which are two significant human motivators which have been utterly forbidden for a large part of the previous year.

2. That the government will attempt to increase taxation, by whatever means that will not damage an already weakened economy.

This will be tricky to accomplish; how to pay for previous welfare outgoings without damaging the ultimate source of the revenue. The cunning businessman will move assets offshore or out of the taxman's remit. The guileless businessman will groan and consider voting soft-leftwards or hard-rightwards.

3. That Brexit measures will stabilise over time and the UK will attract more foreign investment, simply because it is not in the EU, it is not the US, it is not a mere offshore tax-haven, it has a quirky, substantial industrial ethos, culture and infrastructure and thus it is an excellent place for the rich man to place a percentage of his portfolio, as a method of simple risk-avoidance, or hedging.

At the time of writing there is a lot of cash sloshing around the financial markets, looking, if not for a return, at least some form of safety, and variance of portfolio, and Britain certainly provides that.

The UK is a stable country and a nation of people who are interested in advancing themselves through small businesses and the acquisition and renovation of property. It is unlikely to suffer the revolts that may affect other nations (if lockdowns, economic weakness and corporate, public and personal debt create a worldwide despression in the medium term.)

The great thing about having a business registered in the UK is that it makes it so easy to start a limited liability company and maintain its financial returns through online submissions.

Anyone can set up a company in 48 hours at very little expense and quickly test if the world is ready to buy what they're selling.