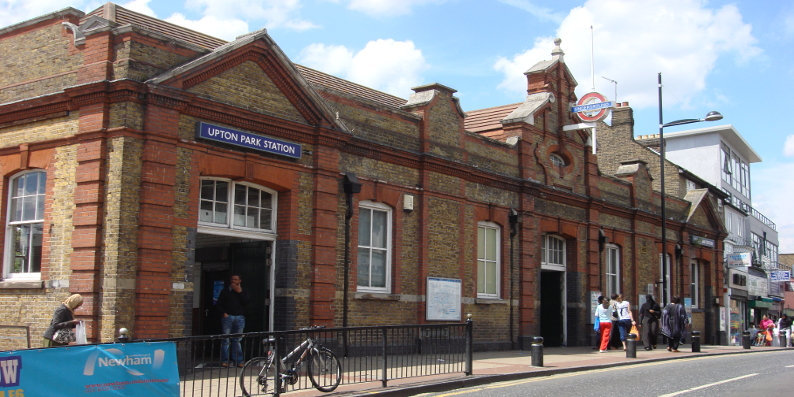 Our Barking Road address is in Upton Park, an area of the East London borough of Newham, centred on Green Street, which is the boundary between West Ham and East Ham. West Ham United Football Club formerly played at the Boleyn Ground, commonly known as Upton Park.

Apart from being the old home of 'The Hammers', there is simply nothing remarkable about the area. Thus, it is suitable for any kind of business to be registered at, which does not require to look very upmarket but which simultaneously does not wish to look downmarket either. It's nicely anonymous.

Plaistow Park, Central Park and West Ham Park are equidistant from the area called Upton Park, but there is no actual green piece of public ground called 'Upton Park', unless you count the old football ground, upon which, we assume, property developers are feverishly working to build more exciting glass-fronted buildings, as part of an investment portfolio for local impoverished Cockneys of ancient stripe.

The term ‘Upton Park’ first applied to a housing estate developed to the east of West Ham Park in the 1880s. The estate took its name from the adjacent village of Upton with the suffix ‘Park’ added for marketing reasons. The estate's developers paid for a new station to be built which was named after the estate.

As a consequence the area surrounding the station became known as Upton Park rather than the term being limited to the original housing estate.

Upton Park football ground was closed on the final game of the season against Manchester United 2015/16 and has now been demolished.

On the London Underground network,  Upton Park tube station, in Green Street, is on the District and Hammersmith and City lines.

On the road network, Green Street itself runs on a north-south axis, linking the A118 Romford Road in the north and the A124 Barking Road in the south, both major arterial routes linking central London to the eastern counties.

Many shops in the area cater for east London's large Asian community. Queens Road Market is a covered food and clothing market on Queens Road, off Green Street near the tube station. It was formerly a large open-air street market until the current structure was built in the 1980s.

The Upton Park area is in the London Borough of Newham, but it is not the name of any of its electoral wards. It is roughly encompassed by the wards Green Street East/West in the north, and Plaistow North/South and Boleyn in the south.

We recommend the following types of business use this address: