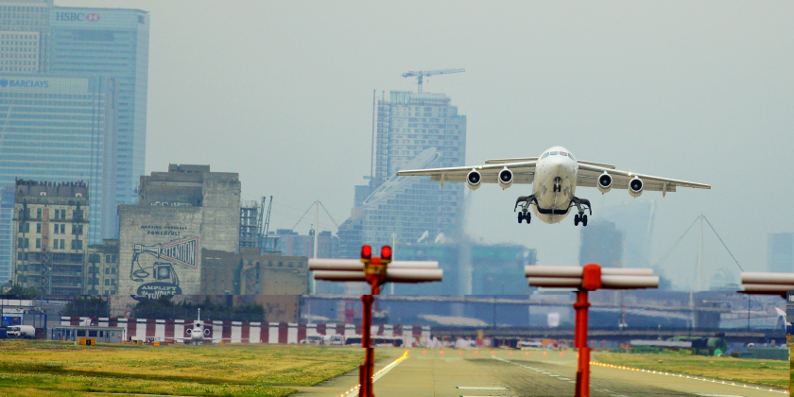 Silvertown is an area of East London, UK, which, while quite central, has not yet been gentrified. It is industrial, has an airport (London City Airport) and a marina. London is not all twee houses, Carnaby St and Buckingham Palace; at one time it was as industrialised as Beijing is today.

What is surprising about London is how diverse and unplanned it is. It has grown organically, from the mists of Westminster on the Thames and the City of London's guilded streets, swallowing up all the nearby towns and villages, into a massive entity that takes hours to cross by train, while still retaining parks, canals, Georgian architecture and surprising nooks around the corner. Ancient churches abut supermarkets which service Victorian artisan cottages.

Silvertown is an industrialised district in the Port of London in the London Borough of Newham, in east London, England

It lies on the north bank of the Thames and is currently undergoing a major £3.5 billion redevelopment. It was named after Samuel Winkworth Silver's former rubber factory which opened in 1852, and is now dominated by the Tate & Lyle sugar refinery.

In 1852 S.W.Silver and Co moved to the area from Greenwich and established a rubber works, originally to make waterproof clothing. This subsequently developed into the works of the India Rubber, Gutta Percha and Telegraph Cable Company, which constructed and laid many submarine cables. By the 1860s a number of manure and chemical works and petroleum storage depots had been set up. In 1864, the area became an ecclesiastical parish of its own, centred on the church of St Mark's.

In the early 20th Century the area suffered greatly from road congestion due to being located between the Thames and the Royal Docks, then the largest and one of the busiest dock groups in the world. In the early 1930s the elevated Silvertown Way, one of the earliest urban flyovers, was constructed.

On 21 April 2015, Newham Council gave planning permission to The Silvertown Partnership for a new £3.5billion redevelopment of the area. The 7 million square foot development will provide offices, a tech hub, 3,000 new homes and brand experience pavilions. A school, health centre and shops are also included in the plan and an innovative new bridge will cross the Royal Docks to get people to Custom House station and Crossrail.

The Silvertown Partnership were selected as the development partner to take forward the regeneration of the site.

The Silvertown Partnership’s plans aim to deliver a vibrant new destination in London with homes, restaurants, commercial buildings, local convenience retail facilities and significant public realm for community use. The heritage of enterprise in the Royal Docks will be revitalised bringing up to 21,000 new jobs, up to 3,000 homes and contributing £260m each year of gross value to the London economy. The redevelopment will include the restoration of former flour factory Millennium Mills.

The area was transformed in the 1970s by the construction of the Thames Barrier, an adjacent park, new housing areas and the London City Airport.

Access was much improved by an extension of the Docklands Light Railway from Canning Town to Woolwich Arsenal, which opened on 2 December 2005. London City Airport is located on the eastern edge of Silvertown. A new bridge to connect Silvertown with Crossrail’s Custom House station is one of the features of a £3.5bn redevelopment plan for London’s Royal Docks.

We recommend clients in the following niches should use this address: