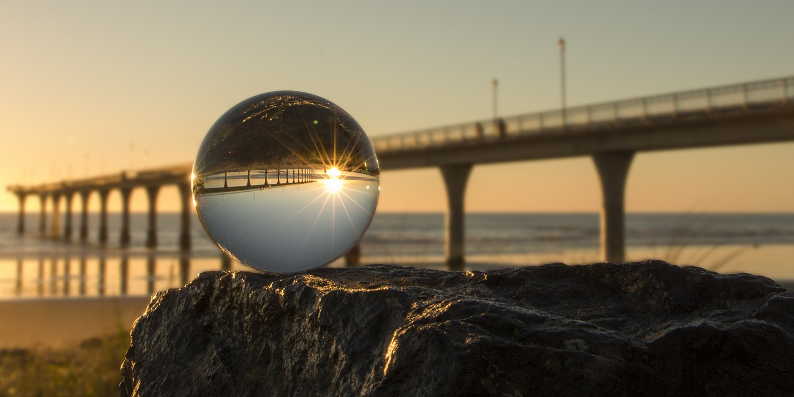 It's the time of year when we wave farewell to old times and troubles, renew acquaintance with old friends and look forward, with hope, to the new year to come.

One mistake, in business, that people make, is that they think the future will be the same as the past. That is foolish. Why?

There are too many variables.

It is illogical to assume that just because X was so a year ago, it will continue to be the case next year.

An obvious example is a company that is just making ends meet. It has an overdraft. Sales are sluggish. The competition is putting out an impressive new release. Marketing has stopped, because staff wages take priority.

One big unforeseen expense causes a cascade effect and six months later the boss is texting the staff their redundancies, because he's scared of being lynched if he does it in person!

A clever man who's paying attention to background events, subtle currents, key indicators and who only looks at the fashion pages to gauge overall trends, can get a pretty shrewd idea of what is probably not going to happen and what may happen if current events progress with no outside intervention.

Here's a tip from an old soldier: when the media is screaming 'buy, buy!' that is the time to start thinking about selling.

When the media is shouting 'sell, sell!', that is the time to start looking for bargains.

Mass media is often late to the party. Journalists get a bit of success and move out to the suburbs and then get cut off from the 'street'.

They're not hungry any more and they only find out about trends when a newbie fashion house sends them a drinks invite to an event that pimps off something that was cool with the in-crowd six months ago.

So let's start with the obvious:

Is the UK going to experience a massive boom in manufacturing? Probably not. Why? Because current circumstances don't support it. It doesn't have the plant and the labour isn't cheap enough. The locals, quite rightly, don't want to endure the pollution. They're happy for the Chinese to suffer it(!)

Is the UK going to have a recession? Could happen, if one large financial institution has been hiding the extent of its bad or 'whiffy' debts and that creates a knock-on effect. We have too many people getting into debt to buy consumer goods: TVs, cars, holidays.

These don't make money: they put the sweat of your brow into items that depreciate as soon as you've bought them.

Is the UK going to keep it's current economic status, or improve slightly? Possibly.

The big X factor is the effect of Brexit. Brexit is something new: a significant economy is leaving a trading bloc.

This could be a real boost for the UK long-term if the UK becomes 1. A First World economy with 2. It's own currency and 3. A place to do business with the right mix of regulation (to please the wary) and laxity (to please the adventurous).

A personal prediction of this writer will be that media hysteria over conservative movements will rise to a peak of nonsense until something so obviously evil will be proposed under the banner of tolerance, that even moderate liberals will not be able stomach it, leading ultimately to political correctness becoming as embarrassing a pose as Communism was, after the fall of the Berlin Wall.

In the end, life is interested in what works. It rewards both co-operation and competition, to achieve personal and communal goods.

A health society must, however, stymie destructive, selfish trends.

Only the wealthy can afford to be libertines, and that is often because their great-grandfathers were absolutely not!