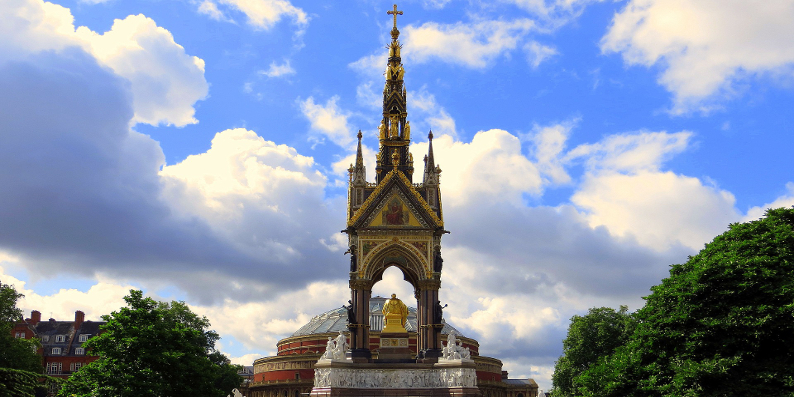 Kensington, London is the townland of our Cromwell Road branch. Cromwell Road is served by Gloucester Road tube station and is one of the most expensive areas of London in which to buy property. It's adjacent to Knightsbridge and is a two mile walk from Piccadilly Circus, the very centre of London.

It's centrality means that one of the most obvious and common streetside businesses is hotels. These are often converted from the townhouses of the wealthy, of bygone eras. Tourists tend to be nervous about being in new places, so they pitch up in hotels which are as near to the places they want to go. In Cromwell Road you can go on excursions to tourist attractions, like Harrods, quite easily. To live in this area you need money, and lots of it.

Cromwell Road is a major London road in the Royal Borough of Kensington and Chelsea, designated as part of the A4. It was created in the 19th century and is said to be named after Richard Cromwell, son of Oliver Cromwell, who once owned a house there.

Kensington is a district within the Royal Borough of Kensington and Chelsea in West London. The north east is taken up by Kensington Gardens, once private, but today a public park with Italian and Dutch gardens, public buildings such as the Albert Memorial, the Serpentine Gallery and Speke's monument.

The district's commercial heart is Kensington High Street. The affluent and densely populated area contains the major museum district of South Kensington, which is home to Imperial College London, the Royal College of Music and the Royal Albert Hall. The area is also home to many of London's European embassies.

The first mention of the area is in the Domesday Book of 1086, where it was written in Latin as "Chenesitone", which has been interpreted to have originally been "Kenesignetun" (Kenesigne's land or meadows) in Anglo-Saxon. A variation may be Kesyngton, in 1396.

The manor of Kensington, Middlesex, was granted by William I to Geoffrey de Montbray or Mowbray, bishop of Coutances, one of his inner circle of advisors and one of the wealthiest men in post-Conquest England. He in turn granted the tenancy of Kensington to his vassal Aubrey de Vere I, who was holding the manor in 1086, according to Domesday Book. The bishop's heir, Robert de Mowbray, rebelled against William Rufus and his vast barony was declared forfeit. Aubrey de Vere I had his tenure converted to a tenancy in-chief, holding Kensington after 1095 directly of the crown. He granted land and church there to Abingdon Abbey at the deathbed request of his young eldest son, Geoffrey. As the Veres became the earls of Oxford, their estate at Kensington came to be known as Earls Court, while the Abingdon lands were called Abbots Kensington and the church St Mary Abbots.

The original Kensington Barracks, built at Kensington Gate in the late 18th century, were demolished in 1858 and new barracks were built in Kensington Church Street.

The focus of the area is Kensington High Street, a busy commercial centre with many shops, typically upmarket. The street was declared London's second best shopping street in February 2005 thanks to its range and number of shops.

In the north east, the large Royal Park of Kensington Gardens (contiguous with its eastern neighbour, Hyde Park) is a green buffer. The other main green area in Kensington is Holland Park, just north of Kensington High Street, a minority of roads have small residential garden squares.

Kensington is, in general, an extremely affluent area, a trait that it now shares with its neighbour to the south, Chelsea. The area has some of London's most expensive streets and garden squares, including Edwardes Square, most of the Holland Park neighbourhood and Wycombe Square, private redevelopments in Regency architecture. In early 2007, houses sold in Upper Phillimore Gardens for in excess of £20 million.

Unlike northern extremities of the Borough, Kensington lacks high-rise buildings except for the Holiday Inn's London Kensington Forum Hotel in Cromwell Road, a 27-storey building.

We recommend our Kensington address especially for the following niches: