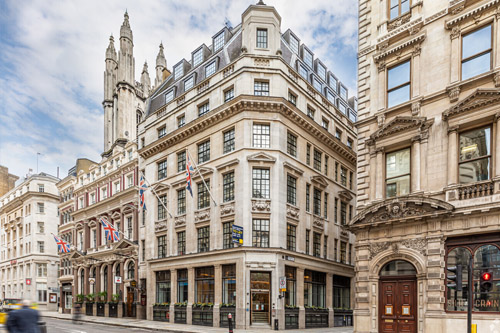 Cornhill is a ward and street in the City of London, the historic financial centre of London. The street runs between Bank junction and Leadenhall Street and is mentioned on Wikipedia.

Cornhill takes its name from one of the three ancient hills of London; the others are Tower Hill, site of the Tower of London, and Ludgate Hill, graced by St Paul's Cathedral.

It is near the internationally famous Bank of England, and Monument, which is a very tall monument pillar created to commemorate the Fire Of London, and an historic, well-known tourist attraction.

Nearby Amenities: Fortnum & Mason and Royal Exchange Jewellers are close by and the area is very well served with upmarket retail services.