Generating Cash During A Crisis 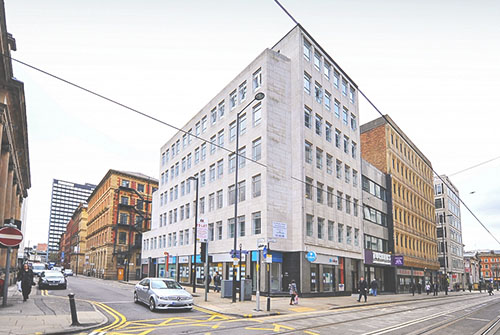 Generating Cash During A Crisis

Here are some ideas:

Work while others sleep.

Waiting for society to return to normal may be a fatal mistake. Repression, isolation and economic depression could be the norm for the next few years.

While staid businessmen are keeping the lights on in their furniture store and spending more time with the kids, the more energetic are working out what is still selling well and making drastic changes to their setup.

Source that which is in demand and scarce.

People still need food, clothing and shelter. They are spending more on takeaways, pets, toys and material treats. Some even have more cash-at-bank because they're not going out wasting it in clubs and pubs.

See what you can do to relieve them of some of this wealth.

Adapt: if you can sell more online or through a slot in your shopfront, do.

In the very early stages of the first lockdown there was a picture on the internet of a takeaway which had screened off the counter with clear plastic sheeting. They left a slot though which money and goods could be slipped through, hygienically. It looked similar to what you see in biological research labs.

It sadly took months for other vendors to catch on to this. Even then their efforts tended to be half-hearted or badly thought-out.

No bureaucrat can reasonably object if you have an iron-clad response to a current crisis. They are more likely to go next door to bother Joe SlowMo instead; he's an easier, more obvious target.

That said, a clever entrepreneur would still try to generate publicity in the town square by stunts. The old saying is: 'the only thing worse than bad publicity is no publicity.'

There are 20,000 internet sites in your niche but maybe 3 of them are doing things like giving a big symbolic cheque to the mayor for a local orphanage while dressed as a spaceman!

Get any grants going.

Governments cast around for solutions to problems. Present yourself convincingly as the man with the plan and they will throw money at you in the hope of making the problem go away.

You may need to schmooze with local and national politicians to convince them of your case. In a technocratic society, it's still people who make the decisions.

Drop staff and services you can't justify in economic terms.

A kind-hearted businessman is to be admired in one sense, and not in another. He looks after his staff and they are thus loyal and grateful but if he runs down company funds he may never be able to start again.

Many businesses are one tax demand away from going bankrupt. Don't let that be you.

Civil servants and the upper-middle-class generally have economic support that the less fortunate do not. If Mr. Area Manager loses his job (unlikely) he still won't typically need to draw the dole or get evicted.

Such persons are much more likely to consent the continuing state repression, as they are insulated from it. When the repressed do not fight back in a convincing way, there is no reason the repression cannot continue. It is exciting for politicians and civil servants to wield power over others.

Whoever is in charge and whatever the current GDP, people will still want food, clothing and treats like confectionery. It is only a truly wealthy society that can afford personnel like massage therapists and flower arrangers.

Take a long, shrewd look at what you can offer your society if the medium term looks especially grim.

Assume there will be an economic crash and install your own 'airbag.'

At the time of writing, society is being protected from social unrest by welfare payments and money-printing. History shows that this ultimately has to be paid for entirely or there will be a true depression.

What can you do to insulate yourself from such an outcome? Certain things have value in a struggling or collapsed society. Store up tradeable goods. Commerce still goes on. Find your specialisms.

Hope for the best.

Find a way to wait out any recession, or even thrive in it, until the good times return.

Alternatively, start a new business and make 2021 the year you began your venture against all odds.

Get an address | Form a company